The History of Frenchtown

Like many towns in New Jersey, Frenchtown has an interesting and impressive history. Over the years, it has been home to a local Native American tribe and later served as a center of commerce for the area. And now, thanks to a revitalization effort that started to take place in the 1980s, the borough has been reimagined as a popular shopping, dining and tourist destination.

When the Lenni-Lenape Tribe Roamed Frenchtown

The Lenni-Lenape tribe, the original inhabitants of Eastern Pennsylvania and areas of New Jersey, lived on the land that is now Frenchtown for centuries before the first settlers arrived. The tribe chose the banks of Nishisackawick Creek to build their curved, wooded shelters called wigwams. While the Lenni-Lenape men hunted and fished, the women planted winter squash, beans and corn in the fertile soil.

Life changed drastically for the tribe when the first settlers arrived in the area in the 1700s. The new inhabitants considered the Delaware River Valley prime real estate and forced the Lenni-Lenape to abandon their home and move further inland.

In 1794, Lowrey sold 968 acres of his land to Paul Henri Mallet-Prevost. Several other French-speaking families moved into the area along with the Mallet-Prevost family, prompting locals to dub the settlement “French” town. The opening of the first post office in 1839 made Frenchtown the official name of the town, although the borough of Frenchtown wasn’t established until 1867.

The Growth of Frenchtown

In the 1800s, a riverfront location was essential for a thriving town. In fact, its location on the Delaware River gave Frenchtown the edge it needed to become the center of commerce for the lumber industry. Logs were floated down the river, then turned into chairs, wagon wheel spokes, doors, brooms and other items at Frenchtown sawmills. The mills also processed oak and hickory trees cut in local forests.

Throughout the 1800s, Frenchtown made improvements that made it easier for citizens and business people to travel in and out of the region, including a covered bridge that spanned the Delaware River and a railway station that offered service to Trenton and Phillipsburg.

During the mid-1800s, Frenchtown continued to grow. Churches were built to meet the community’s spiritual needs, and three new hotels gave travelers a place to rest. In 1878, a fire falsely rumored to be started by the local doctor’s horse burned businesses and houses. Sturdier brick structures replaced the wooden buildings, many of which can still be seen in the downtown business district today.

After years of prosperity, the town experienced a setback in the mid-1900s. Timber reserves in the forests were depleted, trains were no longer visiting the town nearly as often, and shoppers were flocking to newly built suburban shopping centers instead of downtown Frenchtown. The flood of 1955 only made things worse. When the floodwaters receded, countless homes and businesses were damaged or destroyed.

Things looked dire for the borough in the 1960s and 70s, as much of the downtown area stood empty. Fortunately, a few savvy business owners recognized Frenchtown’s potential and opened several antique shops in the 1980s. The success of those stores convinced other merchants to open shops, restaurants, art galleries and other businesses.

With its business district blossoming, Frenchtown decided to focus on the tourism industry. After all, the borough’s scenic riverside location, historic buildings and vibrant business district were sure to appeal to visitors from all over the area. Frenchtown residents soon created a series of popular events, including Bastille Day, Riverfest and Zombie Crawl.

Frenchtown established itself as an art center in 2016 with the creation of the ArtYard. The nonprofit organization promotes a variety of artistic endeavors and hosts poetry readings, film screenings, art exhibits and installations throughout the year.

Today, Frenchtown is home to more than 1,000 residents who enjoy its quiet, laidback atmosphere, historic business district, and easy access to towns on both sides of the Delaware River.

Are you ready to make the move to Frenchtown? One of our brand new luxury apartments or single-family attached homes may be just right for you. Sign up for our VIP list to receive updates on the Country Classics at Frenchtown community. 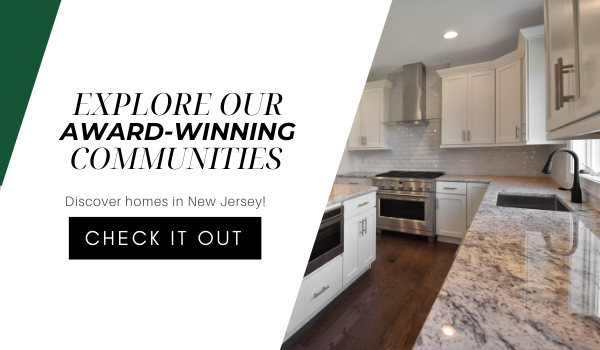